Skip to content
Martynas Pupkevicius
Martnyas wants ot help other Runescape members express their creativity to its full potential. She’s willing to help other people in the Runescape community achieve their goals while playing, which is why she’s dedicated to breaking down the most common challenges and questions Runescape members run into. She’s got the passion and experience to deliver high-quality content to all of our readers, no matter how new they are to playing Runescape.
Latest posts by Martynas Pupkevicius (see all)

Grotworms are by far my least favorite monsters in RuneScape because of how disgusting they look! They are often assigned as a slayer task by most masters and offer players decent experience rates.

However, if it’s your first time encountering these nasty creatures, you can easily get intimidated due to their high defense and ranged attacks.

Therefore, I’ve created this guide to help those who want to slay Grotworms efficiently. I’ll show you the best gear to take and what you should hold in your inventory. Luckily, there are multiple Grotworm tiers, so all players can fight them regardless of their stats.

This section is for people who do not want to read the full guide and need a TLDR.

Grotworms are found in the Grotworm lair by Port Sarim lodestone. You can find it by walking northwest towards the white knight camp and entering the cave. The lair has three layers that contain different level grot worms:

The best way to slay these creatures is by using a crossbow since they take increased damage from bolts. The best gear to take is death lotus armor because it increases your health and durability.

Killing them is straightforward as they have no mechanics. Simply attack them, and your character will do the rest with the revolution bar active. Note that protect from magic helps negate damage, but it’s not essential if you bring a full inventory of food.

If you want to learn more about these creatures, continue reading the guide.

There are three different Grotworms in RuneScape that you’ll encounter in the lair. Let’s take a look at them individually. 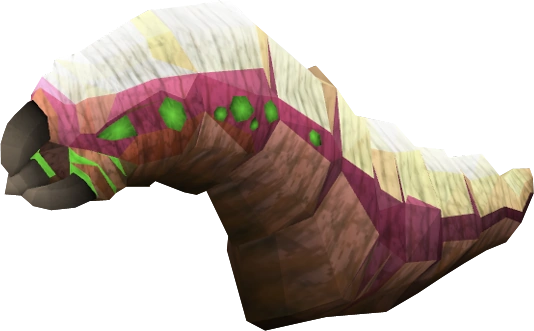 Young Grotworms are the easiest to kill because they have low combat levels and few defenses. Their aggression range is small, so only players next to them will get attacked. They mostly attack with a mix of magic and melee.

Grotworms can be found deeper in the Grotworm lair and are slightly harder to kill. These creatures can attack with melee, ranged, and magic, making them difficult to pray against. For their level, Grotworms hit accurately, so it’s advised to take a full inventory of food. 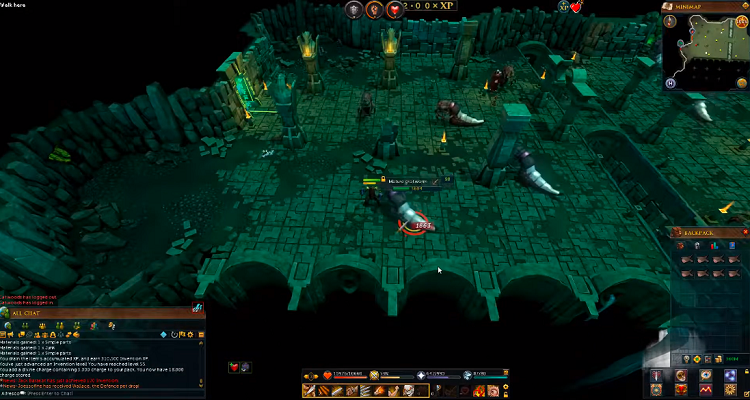 Mature Grotworms are the highest tier that can be found in the lair. They are slow-moving but hit extremely hard with their magic attacks. However, if you get close to them, they will attack with melee. Due to their high armor, I recommend having at least level eighty stats and equipment.

Grotworms are found in the Grotworm lair, located near Port Sarim. You can easily find it by teleporting to Port Sarim via the loadstone and going northwest until you see a white knight camp. Next to them will be a cave entrance that you can enter to go inside the lair.

The lair has three levels that host different Grotworms.

When you enter the first level, there is a shortcut to the south that will instantly take you to the third level. However, this shortcut requires level fifty agility to use. Otherwise, you can run to the end of each cavern to reach another cave entrance to go further down to your desired Grotworm tier. 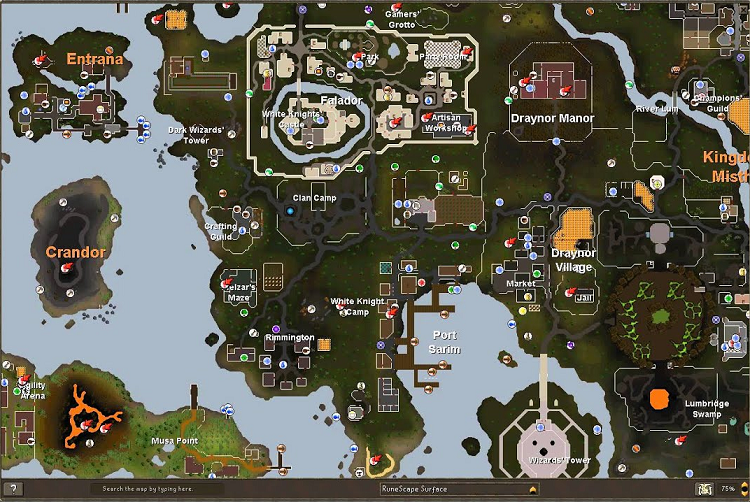 Now, let’s dive into the best gear to take when fighting Grotworms. If you do not meet the gear requirements, don’t worry, as you can always use the previous tier gear. Unfortunately, this means you won’t be as efficient when killing them.

How to Fight Grotworms 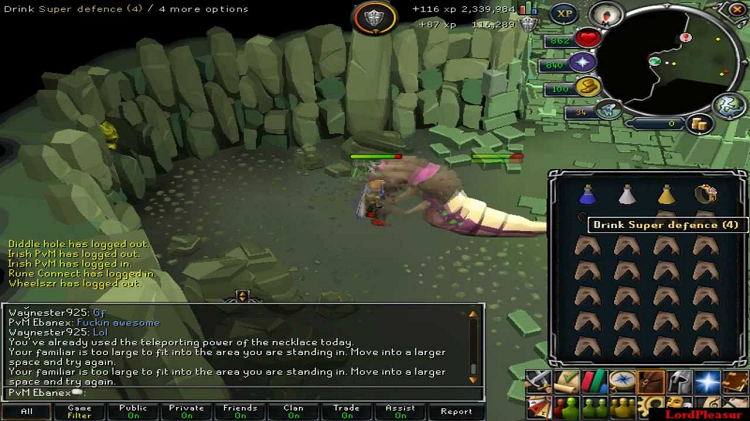 Killing the worms is straightforward like any other creature in RuneScape since there are no mechanics to learn. Simply click to attack, and your character will do the rest. All Grotworms have similar fighting styles. If you attack from a distance, they’ll use magic and ranged. However, they will use their melee strikes if you get too close.

I prefer fighting young Grotworms with melee since they have low defenses, and you can quickly pick up the dropped items without wasting running energy.

For higher-tier Grotworms, you’ll want to use a crossbow because they are weak to bolt attacks. This means you’ll do considerably more damage compared to other fighting styles.

Make sure to enable the revolution bar, so your abilities automatically go off. This makes it a lot easier to fight them since you don’t need to focus on using spells. These are the combat abilities you’ll want in your hot bar:

Under no circumstances use the legacy combat mode. This feature makes combat similar to OSRS and does not let you use abilities.

Answer: I recommend Grotworms for low to mid-level players because they are decent experience. Also, they are generally a fast task to complete since you can kill the young Grotworms quickly. However, I would block this task if you’re a high-level player because there are far better creatures to slay.

Question: What is the Best Way to Kill Grotworms?

Answer: The best way to kill Grotworms is with a crossbow since they are weak to bolt attacks. The best weapons to use are:
• Blightbound Crossbow
• Ascension Crossbow
• Chaotic Crossbow
• Armadyl Crossbow
• Dragon Crossbow
• Rune Crossbow
If you have a low ranged level, then you can use magic or melee to kill the worms. However, you’ll do significantly less damage, and kills will take longer to finish.

Question: What Loot should I Pick Up from Grotworms?

Answer: Grotworms drop various loot ranging from herbs to brawling gloves. Most of the drops are junk items, but there are a few you should pick. Take a look at the top items:
• Crystal Triskelion Fragment
• Mimic Kill Token
• Brawling Gloves
• Hazelmere’s Signet Ring
• Vecna Skull
• Dragon Bones
• Big Bones
• Rune Bar
• Magic Seeds
• Dragon Helm
• Shield Left Half
• Onyx Bolts
• Battlestaff
If you are playing on ironman mode I recommend picking up all herbs and seeds since you’ll need them to train herblore and farming.

To summarize, Grotworms come in three tiers – young Grotworm, Grotworm, and mature Grotworm. Each tier is significantly harder to kill and requires better armor, weapons, and offensive levels. The best way to kill Grotworms is with a crossbow since their biggest weakness is bolts.

Players will often get Grotworms as a slayer task from various masters. However, I advise you to put them on your block list because slayer masters usually assign you to kill one to two hundred. Therefore, the tasks can get lengthy, and the drops are subpar compared to other tasks.

Learn More About Us!